Cedar County was formed on December 21, 1837, from sections of Dubuque County. It was named for the Cedar River, which runs through the county.

The County is administered by a five-member Board of Supervisors who are elected for four-year terms. Other elected officials include the Attorney, Auditor, Recorder, Sheriff, and Treasurer.

Many of Cedar County's government offices can be found in the Cedar County Courthouse, located at 400 Cedar Street in Tipton, Iowa. Construction began on the modern brick courthouse building in 1965 and was completed in 1968 at a cost of $595,000. 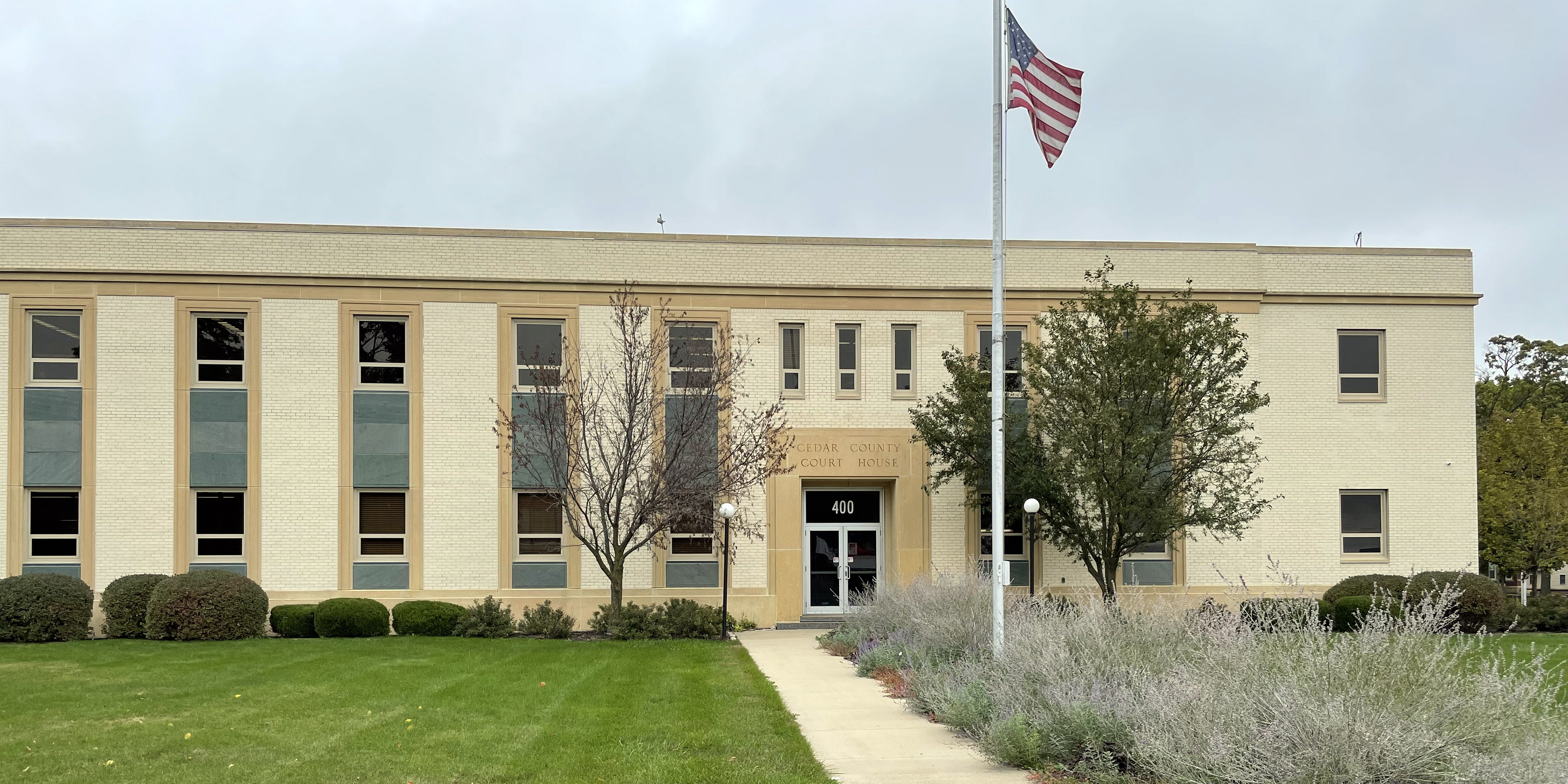